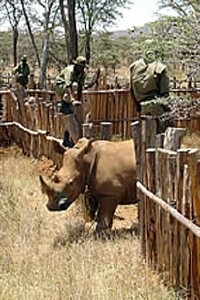 "The Search for the Tasmanian Tiger" 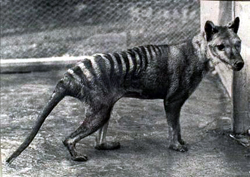 This expedition's destination is the temperate island state of Tasmania located south east of mainland Australia. While there we will conduct eye witness interviews and an exhaustive search for the Tasmanian Tiger (Thylacine).

Although there have been many reported sightings through the years, the last known living tiger died in the Hobart Zoo in 1936. This carnivorous marsupial was officially declared extinct according to international standards in 1986. 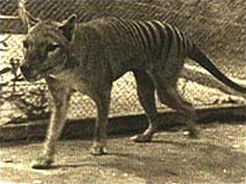 Save the Species Worldwide Foundation, in conjunction with the Tasmanian Government and privately owned helicopter and land based resources using state of the art thermal imaging technology, will set out to establish what no other expedition has; definitive proof of the existence of the Thylacine.